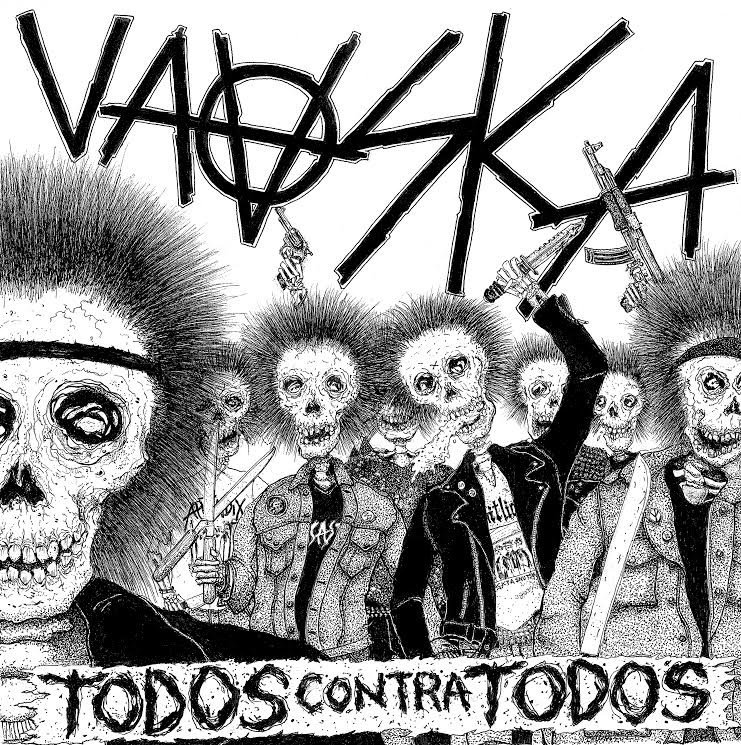 The 3rd LP from Austin's Vaaska, and it's actually a little bit different than the band's previous records. Since the earliest days of hardcore punk, the city of Austin, TX has been known for producing some of the best in the genre. The notoriety of this particular scene has grown exponentially over the past few years with a deluge of stellar bands coming out and capturing the adoration of those in search of “that good shit.” Out of them all, VAASKA would have to be the longest running and most abrasive of the bunch. After a five year break from the format the boys have delivered yet another 12” platter of the raging D-Beat that they initially made themselves known for and have been perfecting over the years. And the aforementioned half a decade break between the 12”s was in no way an indication of them slowing down, seeing the release of a 7” on Germany’s Heart First Records and the recording of a session with their latest and greatest lineup (featuring the addition of Chris Ulsh on the kit) that yielded a split 7” with fellow ATX goons THE IMPALERS and another with Japan’s SKIZOPHRENIA on Beach Impediment and 540 / Todo Destruido respectively. “TODOS CONTRA TODOS” features 11 tracks of blown out hard punk pounders that will continue to capture the attention of those who admire the art of crafting urgent and seething songs.