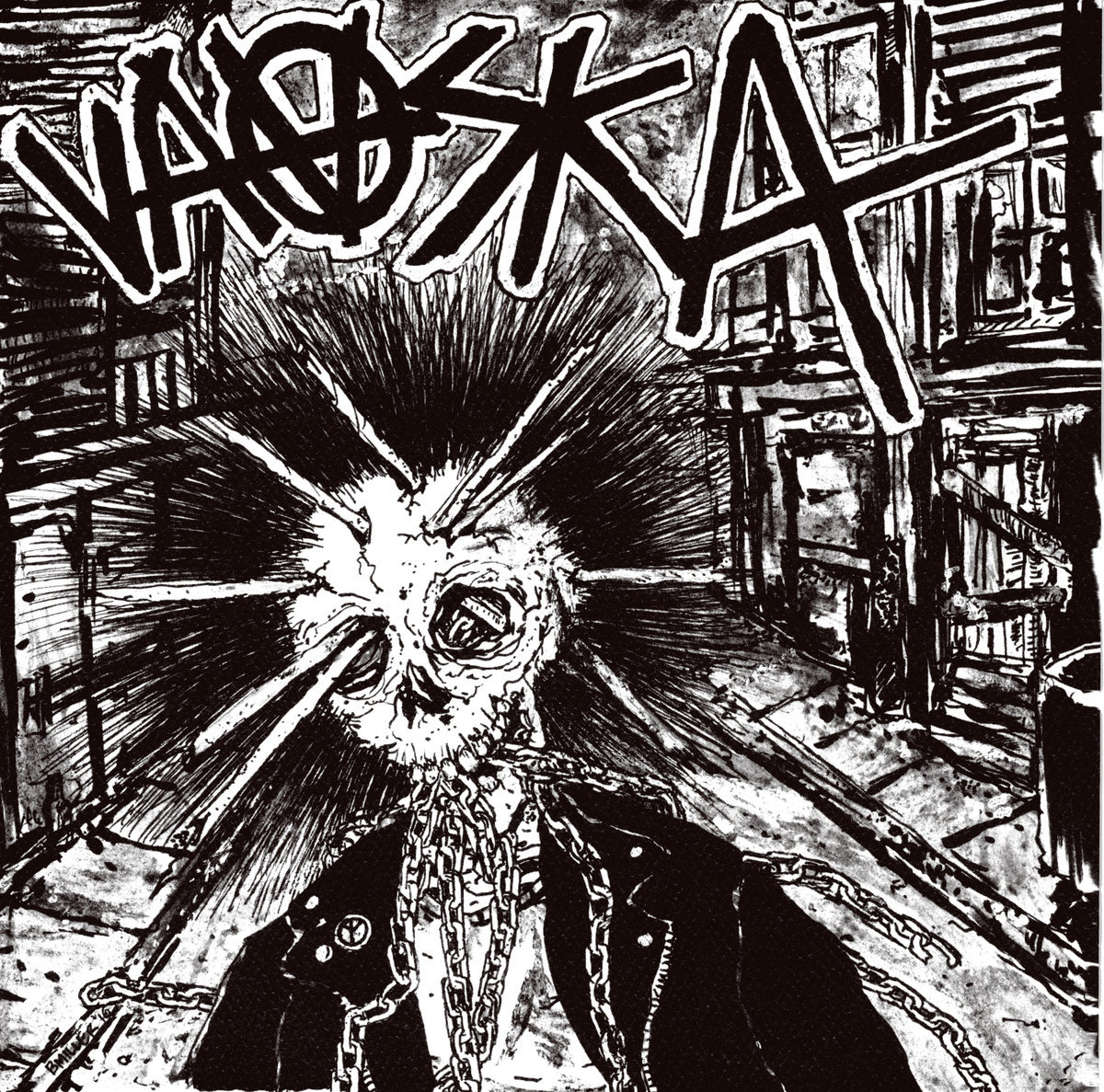 RM 34.00 RM 40.00
VAASKA have returned with more hard punk pounders for the masses! Originally pressed in a limited amount by VOX POPULI for the band's Japanese tour in the winter of 2016.
"FUTURO PRIMITIVO" features five tracks of the top notch D-Beat punk with blazing guitar leads and ferociously belted out lyrics in Spanish that you have come to expect from these guys over the years. Each record comes in a felt based glue pocket sleeve adorned with the stark black and white art of the great Brian Miller that has been the band's visual trademark since the beginning.
2016 Japan tour release.
Comes with sticker and insert featuring lyrics translations in Japanese and English.