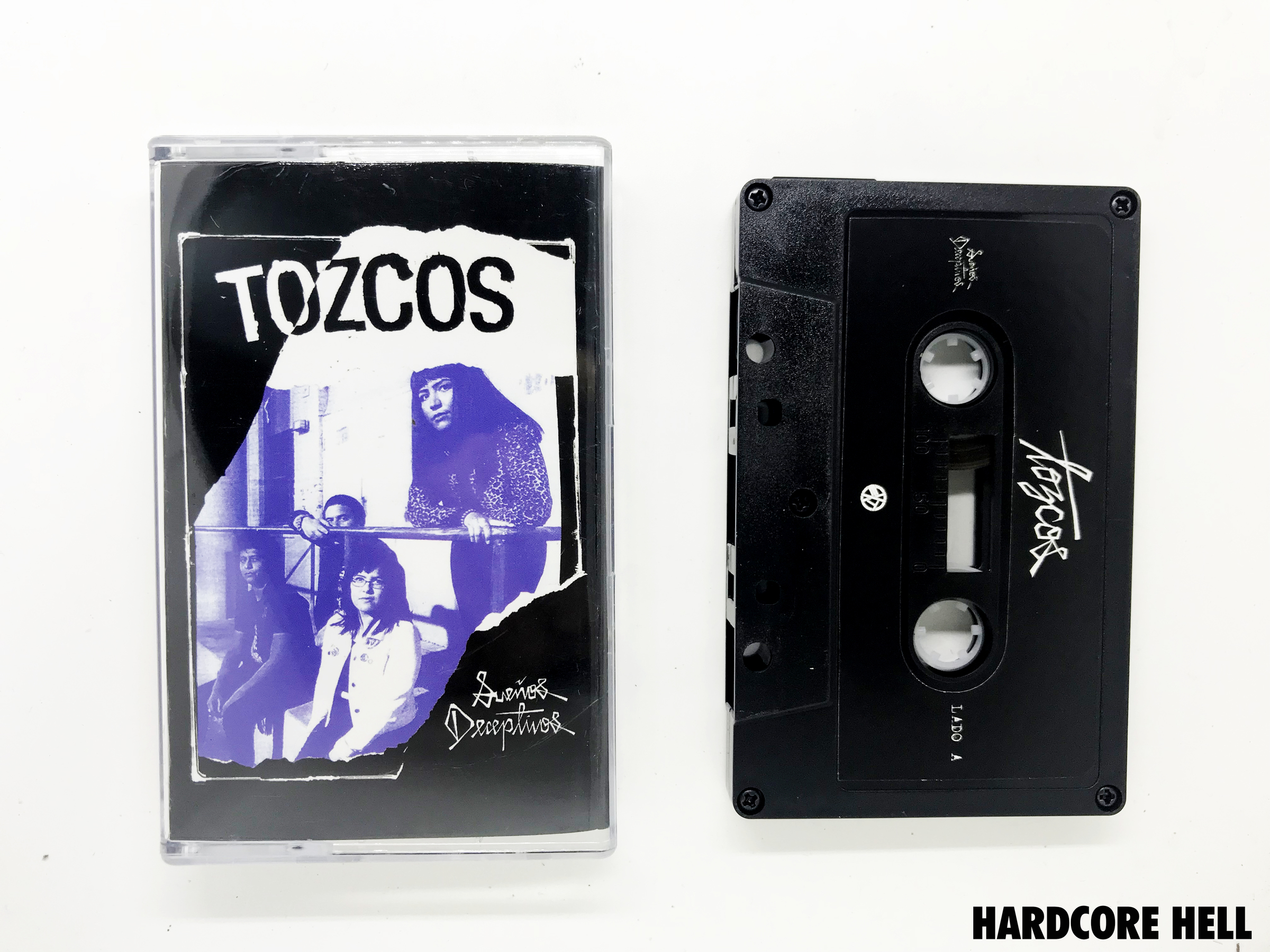 Tozcos from Santa Ana is back at it again with more furious heavy hitting tracks on their "Sueños Deceptivos" LP.

I liked Tozcos’ previous 7” quite a bit, but this LP is even better, an explosive yet intricately crafted and precisely performed slab of punk rage. Tozcos are really fast and really tight, and while you can hear a little bit of Discharge influence in their riffing, the songs have more of a put-together, borderline pop kind of structure, and some riffs even get ever so slightly melodic. In terms of contemporary punk Vaaska is a really obvious reference point (though Tozcos don’t have the over-the-top guitar solos), but it probably makes more sense to dig into to the deeper / older influences. Basically, Tozcos sound like lightning-fast UK82 punk, like the fastest and best songs by the Exploited or Vice Squad, but even more like the first- and second-gen European hardcore bands influenced by those groups… everything from Lama to Svart Framtid to Malinheads. Sueños Deceptivos is pretty much perfectly produced and the band sounds like they’re laying into every single note that they play. If you like your hardcore punk free of flash and pretension, but still 100% raging, this should be at the top of your “to buy” list. -  sorrystaterecords.com