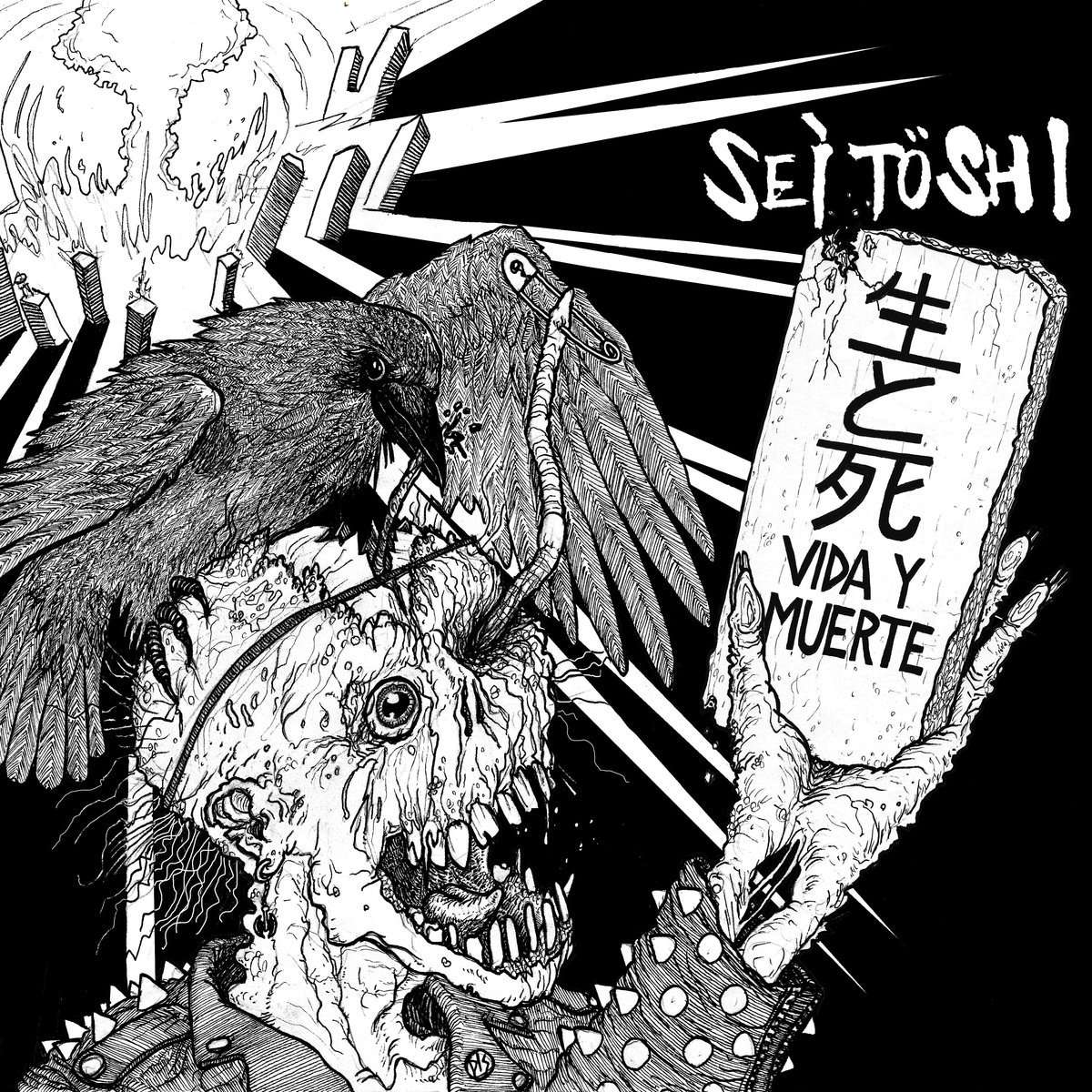 Debut EP from this new punk band out of New York. With Japanese, Spanish, and English all represented on the record's sleeve this has quite the cosmopolitan feel. Musically, though, it reminds me primarily of older Japanese punk (which seems to be a bit of a running theme with Night Rider). Interestingly, Sei to Shi have elements of a couple of different Japanese sounds. Parts of it remind me of the heavy, straightforward, and slightly metallic style of bands like Warhead, but something about it (maybe it's that guitar sound?) also reminds me of older Japanese punk and hardcore as well. Suffice to say, if you're into the heavier and meaner end of early- to mid-80s Japanese punk--think the Execute, early Gauze, or maybe State Children. - Sorrystaterecords