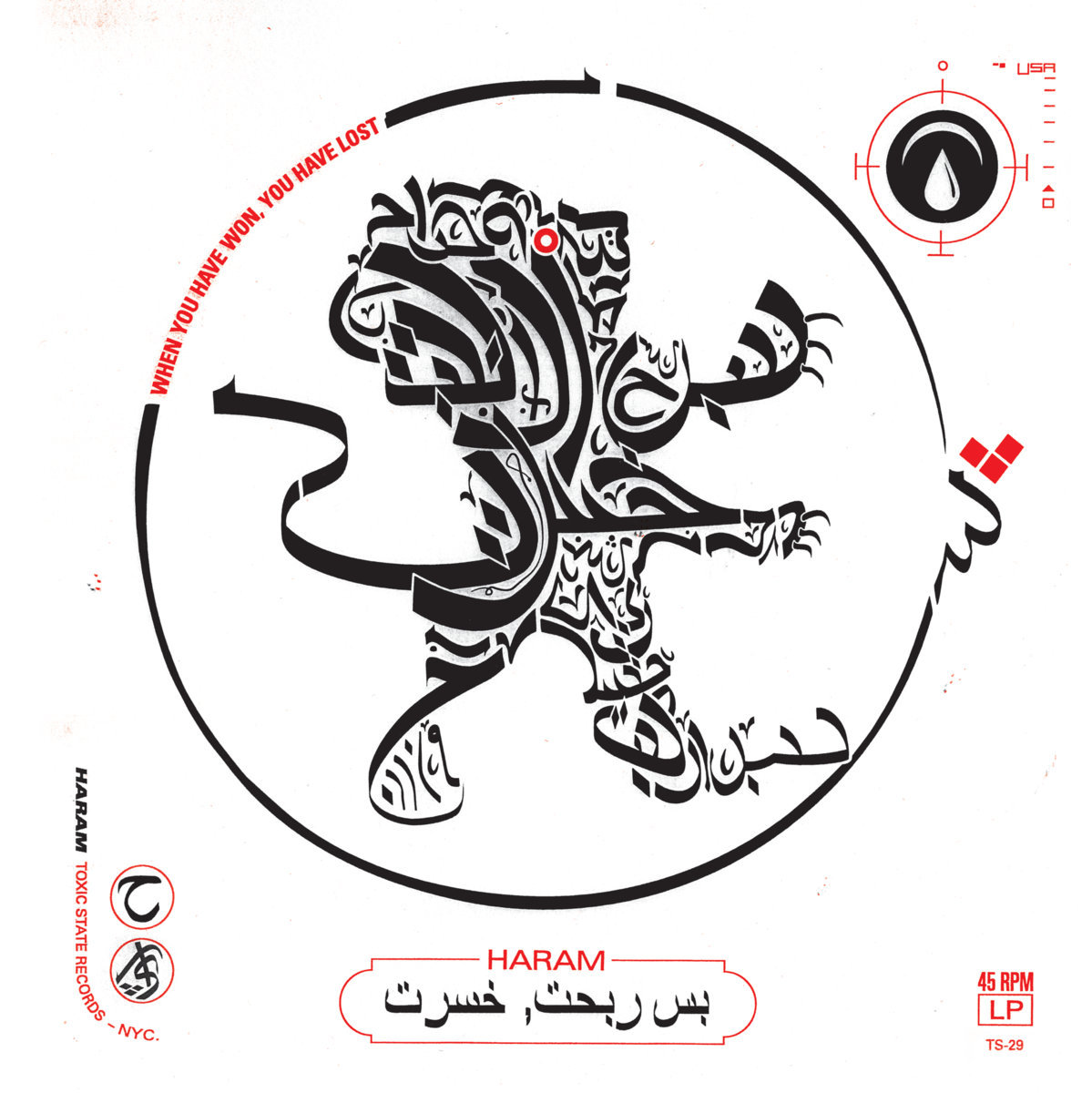 HARAM - بس ربحت, خسرت "When You Have Won, You Have Lost" CD

After one Demo and one 7" on Toxic State, Haram from Nuke York release their debut album on La Vida es un Mus (in Europe) and Toxic State (USA). Taking their name from the Arabic word for ‘forbidden’, Haram play simple hardcore with lyrics sung entirely in Arabic. The sound is agitated and slightly deranged which hints at both Japanese hardcore and classic 80's European hardcore. The songs are driven by a primitive drum sound, melodic guitar work and intense voacls by Lebanese frontman Nader. Haram stands out as one of the most culturally relevant, challenging and important bands in America.

The CD comes in Digipak cover with Obi strip and lyric booklet.